Beestonia, once the home for the glib wittering of a baffled resident trying to make sense of the weirdness of his hometown, now seems to have metamorphosed into  a platform for the election battle. This is akin to staging the World Cup Final on my back lawn. Still, people are reading, commenting, sparring, so democracy is alive and well. My ex-landlord, Nigel, recently wrote to me to say ‘It’s a sign of a shift in power from the monied to the articulate. All thanks to the wonder web.’ Cheers, though I think the ‘articulate’ reference is a bit stretched.

So here goes. We left off last time with Watt’s rebuttal of figures, and my keenness to  involve Soubry into the campaign.  I thus wrote to both Nick and Anna, asking them to contribute further. Soubry hasn’t commented here before, so I was very keen to give her a platform.

Hi Matt,Sorry to hear about your tumble – hope no lasting effects!A response to the response (are you going to keep this up?):

I’m a bit puzzled by David Watts’ response. I’m a mathematician but one doesn’t have to be to see that the 13% swing claim is wrong, and I don’t care if it’s on God’s website. The figures last time:

Let’s assume David somehow gets the 13% swing he mentions. The result is then:

So the Tories would win by a mile. He needs to take more than half my vote in one fell swoop, and a casual glance at the posters around the constituency shows that simply isn’t happening. What he CAN do is build up the LibDem position for the local elections next year, and that’s what their campaign is really about – but the price would be a Tory win.

By contrast, I don’t need a net swing at all to hold off the Tories, who seem to be making no progress. I just have to persuade enough new supporters to balance losses to any voters who fall for David’s spiel.

If people want to support David because they like his campaign, fine. But he’s basing his appeal on the claim that he’s poised to win – even, according to his website, that he’s the only candidate who can beat the Tories – when clearly this isn’t the case.

over to Mr Watts.

Last night, I wrote to Anna. My email is published here verbatim:

My name is Matt, and I run the Beestonia Blog, which I’ve presently turned over towards a dedicated report on the tight Broxtowe campaign.

I am presently experiencing high, cross party readership, and am providing a platform for parties to argue points outside the usual hustings environment. At the moment, an argument is raging between Palmer and Watts over their position on tactical voting, and as the favourite to take the seat, I invite a right of reply.

I admit that my position on your performances of late may be harsh, but this is less partisan (I myself am undecided, as are most my friends) more a constructive critique and observation. I feel therefore that would be a boon to your campaign to engage on this level. I have been cynical of the ‘bloggerati’s’ influence on such things, and have stumbled upon hosting such a discussion via my site almost by accident. Nick Palmer has been aware of the site for some time, less through a political stance, more an appreciation of previous,decidedly apolitical articles.

I will post all responses unedited, with only a level of personal commentary (see the site for more detail).

Its a fascinating battle, and a microcosm for the country as a whole, so I would be delighted for some response along the lines provided by Messrs Watts and Palmer. I understand you must be phenomenally busy at this time, but feel this is an effective way to engage an audience beyond usual campaign techniques.

A reply arrives the following morning. I am not going to comment whatsoever, I think it speaks for itself. As promised, it is published verbatim, unedited. Let me know what you think. I’m off to the pub, things are getting too weird, and I now evidently have an image to uphold. 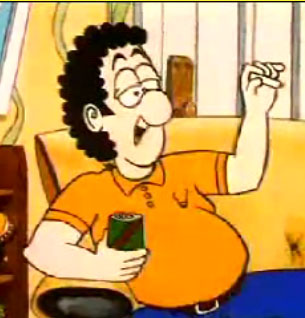 Thank you for your email. I am sorry but having read the Beestonia
Blog I would rather not contribute. I have no difficulty with attacks
on my political beliefs, though prefer them to be based on accuracy
rather than prejudice, but I believe some of your comments are
personally offensive and do nothing to engage people in politics.

If you had introduced yourself I might have been happier to have my
photograph taken on your mobile phone; I’m not sure why you didn’t say
hello and ask if you could post it on your blog. I certainly did not
run away as you reported, though it would have been reasonable in the
circumstances.

I have read a number of your comments about other women; I wouldn’t go
as far as to agree with one of your friends that there is a hint of
misogyny but you do display a considerable amount of sexism.


No doubt you will post this on your blog and if you do I very much
hope you do not edit it in anyway.

Thank you again for your email.

My last post on the College House Hustings included an email I received from Nick Palmer stating that a vote for David Watts and the Lib Dems was, de facto, a vote for Soubry and the Conservatives. I published it verbatim, yet gave a right of reply. I may not come across as the most balanced commentator on such affairs, but Im also a man who hates a skewed fight. I had a brief stint at the BBC where every move during the 2001 election had to be carefully weighted for bias, of which I shall address later. It is stifling, and impossible to write under when your blog is a personal viewpoint.

I am also massively intrigued in how the centre has  risen through exposure, and if this macro phenomenon can be translated to a micro, constituency level. I hand you over to David Watts:

Hi MattThanks for giving me the right to reply to Nick. I think that everyone who heard his assertion last night that my vote will go down compared to last time will treat any figures from Nick with a pretty large pinch of salt. The BBC web site confirms that we need a 13% swing to win the seat. We achieved a 9% swing in the county council elections last year and we have been picking up votes from both parties throughout this campaign. When I got home from the debate last night there was an email waiting for me from a Conservative Party member in Broxtowe who had just resigned his membership as he felt that Vince Cable was the only hope for the UK.

Nick Palmer seems to have picked the 6% figure he suggests out of the air. He’ll know that this is less than the swing we achieved at the County Council elections, and I’m sure that his canvassing tells him what ours tells us, the Lib-Dem vote is growing all the time. As a rule of thumb, the more Labour tell people we can’t win here the more they are afraid that we will win.

What has surprised me in this election is how weak the Tory vote is. Whether it’s Cameron or Anna, someone doesn’t seem to be doing it for the people of Broxtowe, and I think that this election may well be a fight between Nick and I.

I received this email during  a visit to the pub with my housemate, and we were both intrigued with a couple of points. I wont assume the role of a psephologist in an analysis of the figures, you have your own  calculators to do that, but more the  last paragraph.

What has surprised me in this election is how weak the Tory vote is. Whether it’s Cameron or Anna, someone doesn’t seem to be doing it for the people of Broxtowe, and I think that this election may well be a fight between Nick and I.

I doubt six months ago I was alone in thinking the fight would be between Soubry’s heavily financed campaign and Palmer’s earned popularity as an effective, focused  incumbent representative, and would have not imagined a two party battle between the Lib Dems and Labour as Watts suggests. I’m going to leave the pros and cons of Palmer v Watts for you to decide with the evidence provided, and instead address the lacklustre performance of Soubry.

I have been accused of a leftish bias in my blog by other commentators,and a half-joking accusation of possessing a misogynistic streak by a certain very close friend. Reading back on my notes of Soubry, I understand this, but also opine the bast form of criticism is constructive. I would love to see clear blue water between her and Palmer, but she has been uncharismatic, shoddy on policy and, ironic for someone with a media background, lacking any killer blows. If someone should know how to form a watertight soundbite, that someone should be someone who once trotted them out on a daily basis.

I hate to think shes given in, so  am more inclined  to imagine her antipathy is strategically affected:let Palmer and Watts divide, and stroll in effectively unopposed.

I invite Anna to a right of reply: state your feelings now or further hold your breath. If she does,I shall publish verbatim, if not, I shall shrug my shoulders and witness a cynical attitude, out of tune with Broxtowe’s tradition of positive, constituency-based representation. I will duly write to Anna.

I’m of to bed. My haircut trauma will be resolved by my next post, as today I misjudged the amount of lighter fluid needed in a brazier, and burnt off my fringe, lashes and brows.  Tarah, the marginally less-hirsute Lord Beestonia.