Its a bad week for the reds. Labour go into opposition, Forest get crushed by Blackpool and I give up the Vin Rouge. Its been a week of blue mondays.

Still, Im curiously optimistic. Watching how Clegg has to suppress a squirm every time he looks at his new colleague CallMeDave, I doubt the alliance will hold up for long. I didn’t want Clegg to go into a coalition with Cameron or Brown, rather link up again with Compo and Foggy and have some hapless Yorkshire-Dales based pensioner wackiness. Alas. Blue meets Yellow and a rather ugly green appears.

It wont last. Imagine the next edition of Question Time. Only one member of the coalition can take on Labour. PMQs: will Clegg get his right to two questions? What will theybe?:  ‘How do you get to be sooooo handsome Davey? Fancy a drink later?” These are bizarre days.

This will put the opposition in a handy place, able to criticize the inevitable swingeing cuts and be the only ones to do so, while Clegg suddenly realising that tying himself to Cameron’s mast means he will be destroyed as ruthlessly as Ahab. The Lib Dems will either defect, split or simply be absorbed.

If this results in an election (I checked Ladbrokes earlier, they are saying its an evens chance we’ll have another G.E. before the next snow falls) I predict Soubry will be ousted, as the Greens will possibly save their deposit money and lend Palmer (for I also predict it will be him) 500 votes, which when added to the defecting Lib Dems, would easily oust Soubry and turn Broxtowe back into a healthy shade of scarlet once again.

Which could also be doubly bad for Soubry. One of her pledges if elected was to move to Broxtowe, and I know Im not the only person who is going to make sure she keeps to this promise. Where would she go? At the moment she has an apparently lovely big house, with an indoor heated swimming pool. I can’t think of anywhere comparable here. Maybe she’ll claim Bramcote Baths as her domain.

Beeston Fields Drive? Its a souless, ugly place, proof that money and taste are in no way bedfellows. Thatched cottage next to SpanishVilla next to Georgian Mansion…its an incongruous, hollow place; gated and unsympathetic. The type of place you can imagine Kirsty Allsopp squealing with happiness about.

Nuthall? Some nice places up there, tucked away from the bulk of her constituents. Trowell? There are a few fine houses round the back of the Services, plus, its handy for the motorway.

My brother has offered her place in St Apleford. Its a fine three bed terrace, handy for the shops (its opposite the CO-OP), right near Stabbo Conservative Club, and only smells slightly of wet dog. Anna, if you are reading this (I know you do, how could you resist?), drop me a line and I’ll sort a contract out for you. Two references please, and a month up front.

Oh, and its a minimum six month contract. Bear that in mind.

A heartening thing about the election process was the crapness of the BNP. They did retain deposits in Broxtowe and elsewhere, but made arses of themselves and lost loads of seats inthe locals. Why did they do so badly? I reckon its because everytime Nick Griffin was shown a poll, he sent it back.

I’ve given up booze. This week has been too weird to drink in, and I’m presently getting more confused and rambling by the clarity of sobriety than the effects of 3 bottles of Burgundycould ever do. My apologies to Aras Off License, which has announced a profit warning since they got wind of this. 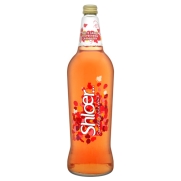