Beestonia is under a glacier, and the only two people who can get round without landing flat on their arses when venturing out are Torvill and Dean, and they live in Wollaton. Probably.

It’s a harsh winter, in more ways than one, and being on the dole right now is possibly the worse place to be outside the front stalls of a performance of  ‘We Will Rock You’, but if I’m in a bad place financially, im in a decent place geographically.

To be potless in Beestonia will never be a fun thing, but it’s greatly mitigated by several  institutions that I’ve found invaluable at a time when the Natwest have frozen my account, my landlord and housemates are losing patience with my debts and getting the lump-hammers out to stove my kneecaps in, and I was so hungry the other day I ate the first three weeks of December out of my advent calender last week just to stop my stomach sounding like a fire in a pet shop.

First, I’d like to doff my threadbare cap to Beeston Library. I’m a bibliophile, and despite being blessed with the dual wonders of Beeston / Oxfam Bookshops, I’ve had to reconcile myself to the fact that reading is now a luxury if I have to pay for it. So its off up Foster Avenue, and membership at the library.

Why didn’t do this earlier? The place is wonderful. It’s not just books, but DVDs, CDs, magazines, internet usage, a brilliant reference area and a little art gallery. Not to mention that now ROBOTS check your loans out, sparing blushes when you get books out that might raise a disapproving  eyebrow from the librarian, such as Dan Brown’s body of work*.

A short walk away finds the true secular saints that are the Citizens Advice Bureau,  a fine body of volunteers who give up their time and experience helping pathetic fools like myself from being wrang out by the banks. They have been invaluable, helping me prevent a situation where I’d be playing Eeny-meeny-miny-mo with my limbs to determine which one I’d have to eat first to stave off starvation.I cannot champion them enough, and will willingly donate a chunk of profits to them should my witterings ever make money. As the chances of that happening are minimal, I urge you to go here: http://www.citizensadvice.org.uk/ , donate, volunteer, support them. And now I’m going to say something shocking.

Have a look at this picture, it’ll calm you loads..innit cute? 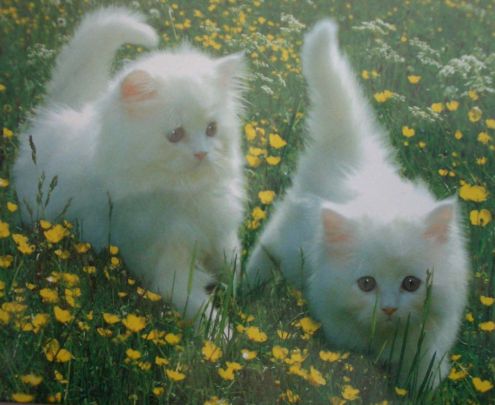 Disclaimer:Beestonia would like to point out that cats are still evil, despite this picture.

I’d like to say well done to Anna Soubry for raising concerns about Broxtowe C.A.B. and its funding difficulties:http://www.anna4broxtowe.com/anna-shows-support-for-citizens-advice-bureau . Credit when and where its due, and I shall be writing to Anna condoning her support. I urge you to do the same. Soubry may have her shortcomings (see below) but we must show some gratitude to the fact she’s not Kay Cutts, who is wielding the axe here. Let Anna know that you support her (I am staring with disbelief at my fingers for even typing that last sentence, but its true).

A bit of balance then: Anna still hasn’t apologised to the CWU and her constituents for the misrepresentation to parliament. Theres been a lively discussion in the comments of previous pieces which Nick Palmer has used his experience of Government to chip in, thanks to all of you for keeping the debate alive. Its far from over, there may be soon something in the national press about the issue. It’s still very much alive: the meeting with the CWU I last wrote about failed to pacify the postal workers, so it rolls on…..more later.

Having some residual hippy-sympathy left in me that hasn’t been eaten away from my soul by the vile realities of life, I’m always up for a bit of renewable energy. So when the University of Nottingham announced plans to erect wind-turbines by the Trent, a little bit of me went ‘Hurrah!’: after all, a significant part of the Ryland’s power is generated by the weir’s hydroelectric scheme; yet there’s always an issue. There are concerns about the placement of the turbines, and the fact that the University is not generating the power for the greater good of the community, but for its own campus….its a lot more complex than that, obviously, so I’ll let you make your own mind up via these two websites:

Some more news regarding the Uni: my housemate/friend/occasional sidekick Kat was involved in the recent protest against the Coalition’s plans for Higher Education: and shes not thrown a single fire-extinguisher…..whatever your felings towards the prospective legislation, students really are putting a lot of us to shame with their gumption and mobilisation when it comes to the ridiculous austerity measures: http://nsafc.wordpress.com/

I was SHOCKED and DISAPPOINTED by James Naughtie’s slip of the tongue on the Today programme yesterday**. If you didn’t hear, he named The Chancellor of the Exchequer as ‘George Osborne’ rather than ‘Gideon Crudsocks’. A terrible error.

Contrary to the impression the  juvenile joke above may convey, I actually get a year closer to mature middle-age on Saturday. A totally pointless, unremarkable age, so no big pressies, but if you would care to drop £2 for a pint of Cad at the Crown Inn (tell them its for Matt, the bloke whose teeth fell out) and I shall forever be in your debt. Literally, cos I’ll be 1,246 years old by the time I pay off my debts. Thank you, my lovely fellow Beestonians.