A few updates to catch up on:

Ned Ludd’s Birthday: Its today! March 11th, 1811 was the first time Ned Ludd made his appearance in the archives, as attacks on knitting frames gathered momentum and coalesced into a movement. Happy Birthday, Ned

I read quite a bit about Luddism after that, and the effect it had on insurrectionist movements in the county. Its a fantastically funny, rather inspiring story of Nottingham’s anarchistic spirit that still thrives.

Most amusing? Heres just a few I managed to dredge from the wonderful local archive at Beeston library:

This is only a small sample, and our notoriety spread so much we gained a reputation which I would argue still remains. I’ve travelled a fair bit, and when you tell people in other cities and towns where you’re from, they always react similarly: with a look of both awe and pity, then mention something about guns, alcohol or a mixture of the two. This is from the Nottingham Journal, March 1835:

Travel 20 or 30 miles from home and people have generally in store for you some ejaculation of pity, when they know you are from Nottingham, and the first question asked is ‘Are you all quiet now?’ 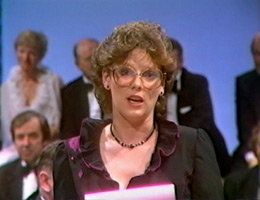 My favourite politico met a friend of mine in Westminster last week, and they fell into chatting about social media. Soubry, for it is she, admitted she wasn’t really into it, and didn’t read the local blogs. She especially didn’t read Beestonia, as it was apparently ‘awful, and awful to me. An  awful Labour blog’ . Cool.

I’m not Labour, for the record: though I admit to voting and supporting Dr Palmer as he was a fantastic MP. For that reason…. and the fact that voting Tory is on my list of things to do just behind self-castrating myself with a rusty penknife and two bricks.  I’m not a member of any political party, though I did once join Veritas when drunk – I thought it might be amusing to stand as a candidate and get on telly at Robert Kilroy-Silk’s expense.

So my friend pointed out she actually knew me, but Soubry carried on, I believe the word ‘ Trotskyite’ may have been used. Ah well. To steal from Wilde: ‘There is one thing worse than being talked about, and thats not being talked about”.  Cheers Anna.

Hilarity in Parliament with Nottinghamshire’s finest squaring up recently: have a read at this, which appeared in today’s Post:

The Square is once again returned to normal, the spontaneous floral explosion that decked the walls and lamposts for a week now gone, just a few tea-lights remain.

I had a few Beestonians explain who the mourning was for, and I won’t invade the privacy of the family by writing about her in any detail here. A comment on my last post pretty much sums it up.

Its still incredibly sad, yet there is some good. Beestonians, in particular the much-maligned youth of Beestonia, did not just do the deceased, but all of us proud, and we should thank them.