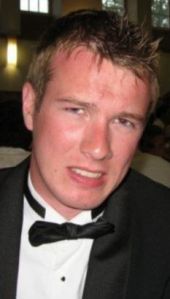 The Curse of Beestonia strikes again! Just days after suggesting that Councillor Craig ‘not racist’ Cox would be a shoe-in for the vacant Attenborough county council seat, he decides he doesn’t even fancy sticking around on a Borough level and hands in his resignation to move down to London where he has procured a job in the City. He has certainly been good value for this blog: this coming on to my radar when he became Soubry’s assistant despite

He then had a crack at standing for the chairmanship of the optimistically named Conservative Future, the junior wing of the Tories that was formally known as the Young Conservatives, until that particular brand became toxic due to a rather ill-thought out habit of wearing ‘HANG MANDELA’ badges in public. He made it to the last two of the selection process, but the slavery debacle had tainted him to such an extent, reappearing in the national press as the campaigning began that he swiftly went from favourite to runner up.

I assumed he’d moved on then, so was surprised to see his name on the candidate lists for the locals last April. Not only on the lists, but running for the Toton/Chilwell Meadows ward, a seat bluer than a depressed Smurf. He took it with ease, and became the youngest member of the Council, at a tender 23.

To his credit, when I’ve managed to chat to him he came across as quite charming, unfailingly polite and talked avidly about fighting for the reinstatement of a bus route for his constituents. So its a fond farewell to Mr Cox, but I doubt we’ve heard the last of him. He has a quiet determination and ambition that I reckon will propel him into the House of Commons before long. Chancellor to Prime Minister Soubry? Hopefully, by then my birth country of Scotland will be independent so I can flee from the anti-Beestonia legislation probably being drafted right now…

Cox was, for a profession famously described as  ‘show-business for ugly people’, quite a handsome chap, tall,strong jawed and looking a bit like, according to a female Labour activist making eyes at him at the election count ‘a pre-balding Prince William’. While I can see that, I actually think its more Prince William +Will Smith  (not the Fresh Prince one, the posh British comedian who plays the part of a, errr, Conservative Party Ministerial researcher Phil Smith in the sublime comedy The Thick of It).  Judge for yourself: 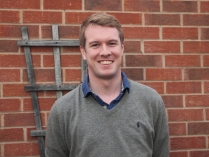 I’ll have another post for you tomorrow; can’t tell you what yet as I don’t have the full details but I can tell you I have some more on Wilkos, some choice words from, and to Henry Boot Developers (who are going to be redeveloping the much-neglected Square, circa 2050), and an exciting chance for YOU to have your house appear in a very interesting short-film (and get paid for it!). Don’t go changin’….