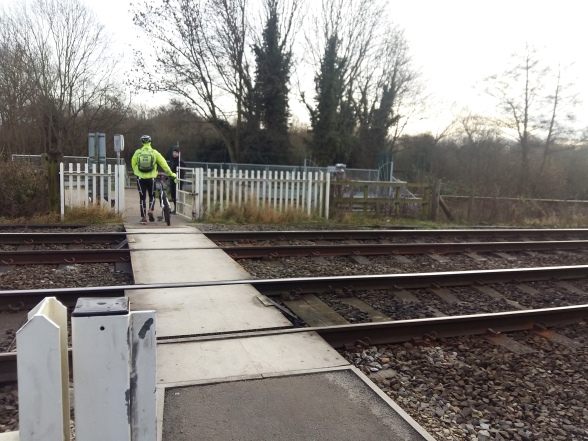 It’s a Sunday morning as I write this. I’m sitting in my front room, 5-week old baby next to me, sipping tea and occasionally glancing out the window where people pass by at a frequent rate, despite this being a quiet, hidden away spot.

It’s a fine Winter’s day, mild, still and bright. Families off to build an appetite before a Sunday Roast. Amateur ornithologists hoping to catch a rare migrant who has dropped by. Joggers, clad in tight lycra and red-puffed cheeks. They all pass by, to take in the beautiful pathways and ponds. We are incredibly lucky to have a world-renowned Nature Reserve on our doorsteps.

However, this may all be in danger.

I moved here four years ago with my then girlfriend, now wife. We had vague aspirations to marry and raise a child: and what better place to do so than in a quiet cul-de-sac near the Reserve? It took a bit longer than expected to get the child part of that idea, but now we’ve had him he’s had a fair few pushes around the gravel pits.

It’s great for me too: I, like many others, use the crossing to gain access to the towpath, where I can cycle into Nottingham without having to use roads. As a non-driver, this is crucial.

We – as do all those passing by window today – cross into the reserve via a bridlepath across the train tracks. There is good visibility down the track (you can see both Attenborough and Beeston stations) and it is easy to cross safely.

Network Rail, however, don’t think so. They’ve decided this crossing, along with two others (Long Lane, Barrat’s Lane No.1) are no longer viable, on safety (cost?) grounds and therefore three general options are available (there are variations, please see the scans below).

The complete letter, with proposals, can be read here: pdf scan of Network Rail letter.

You may notice that the letter is dated 28th November 2016. This is curious. We only received it on Friday, 16th December. Any excuse that it was delayed through a fault with Royal Mail is unlikely: the birth of our child; and my birthday a week ago saw a fair amount of mail come through. We’ve been quite diligent picking it up.

This delay is exacerbated by the timing of any consultation. The letter states that we must voice any concerns before the end of December 2016. That gives just a fortnight to send in any opposition, a fortnight which, in case it somehow slipped you by, is a bit busy with Christmas right now. A cynic would say that this is no accident.

So what to do? Here is provisional five-point plan.

There might be safety considerations. Trains are getting faster and more frequent. But the responsibility for Network Rail is to address this in a way that benefits most, not just an accountancy department in a London office. Keep Attenborough Accessible.